Lemonade flowed as the Regency jigged

Friends of Marsden Library was thrilled to host its first ever – and we hope the first of many –  Huddersfield Literature Festival (HLF) event earlier in March. 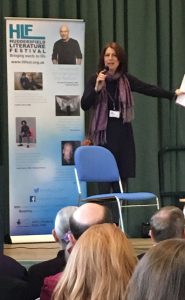 Marsden Mechanics took on the air of a Regency Assembly Room as we entertained the Regency Re-Jigged Dancers, together with Catherine Curzon and actor Adrian Lukis, the caddish Wickham in the BBC’s 1995 adaptation of Pride and Prejudice. 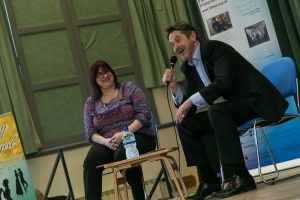 Regency expert and Austen enthusiast Catherine Curzon kicked off the afternoon by chatting with Adrian Lukis, who reminisced entertainingly about his time as Wickham before going on to talk more broadly, and insightfully, about acting as a craft and a profession.

For part two, Regency Re-Jigged gave an enthusiastic demonstration, supplemented by an informative talk, of the kind of dancing on show in Pride and Prejudice and familiar throughout 18th century England.  We were most relieved that they were able to make full use of the Mechanics stage whilst remaining on it! 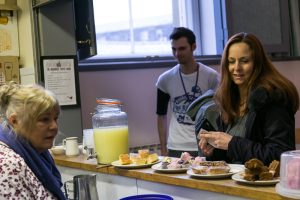 Lemonade and ale flowed, cake was consumed, and a good time was had by all.  We can’t wait to see what HLF bring us in 2018! 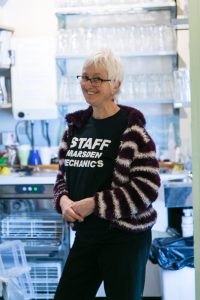